In honor of Mother’s Day we have a special post for you today. As you know, Manitoba Milling is a family company, and today we’d like to introduce you to Linda Pizzey.

We think you will enjoy Linda’s story and hearing more about the family roots and how Manitoba Milling Co. came to be.

Tell us a little about yourself. What is your role with Manitoba Milling Co./Pizzey Ingredients?

I was raised on a grain farm in southwest Saskatchewan and after graduation from high school, I went to Winnipeg, Manitoba to pursue an education in Finance/Management at University of Manitoba. While in Winnipeg I met and married Glenn, and moved with him to his family farm in western Manitoba in 1975. Together we had four children.

In the late 80’s Glenn became very interested in the nutritional aspects of flaxseed. In June 1990, while Glenn was attending his first of 35 plus years of attending the Institute of Food Technologists’ trade show, I decided to start selling flax bread at our local farmers market in Russell, Manitoba. By the end of that summer I had a great following for flax bread and the beginning of a business.

In 1991, we started a small commercial bakery out of our farm home, selling flax bread to local grocers, and by the mid 90’s we had moved the business out of our home and in to a renovated building on our farm and had progressed to selling flax bread mixes to Safeway bake shops, and milled flaxseed in bulk to Canada Bread, then known as McGavins Bakery.

From the mid 1990’s until 2007, we worked through one expansion after another, finally selling the flaxseed business to a publicly traded company from Ireland in September 2007.

Glenn and I went back to farming for a few years until 2013 when we began again to market our farm grown flaxseed into the food industry. Both Julie and Mary came back to work with us and by 2017 they had begun to market our finely milled flaxseed as a consumer ready product under the name of Manitoba Milling Company.

On the ingredients side of our flax business, I manage finance, marketing and sales, while Glenn manages production and quality. I do not have an official role with Manitoba Milling Company other than as “consultant/cheerleader” for my daughters, although I am often called upon as a back up for marketing and sales for trade shows, etc.

What is your favorite time of year on the flaxseed farm?

My favorite time of year on the farm is harvest time. There is just nothing better than the smell of ripe grain, nor more satisfying than to see it pouring in to the grain tank of the harvest equipment. While in the past I would operate either a grain truck or a combine, the past few years I have become the chief cook, preparing and delivering a hot meal once a day to the crew of 8-10 people in the field.

You are a mother to 4 and grandmother to 9, do you have any special plans for Mother’s Day?

I don’t have any particular plans for Mother’s Day this year, although I will for sure make a call to my own 90 year old mother who now lives in Edmonton, Alberta. I usually hear from all of my family and sometimes some of us can spend the day together but this year we will be content with phone calls and face time.

What is your favorite way to use Milled Flaxseed or Flax Milk?

I use milled flaxseed and flax milk in and on my oatmeal every day. But my favorite way to use it is in a fruit smoothie when I take the time to make one. I also love to drink the chocolate milk! 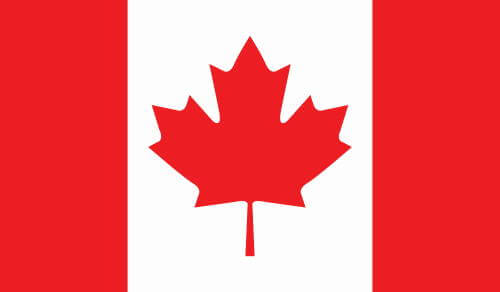